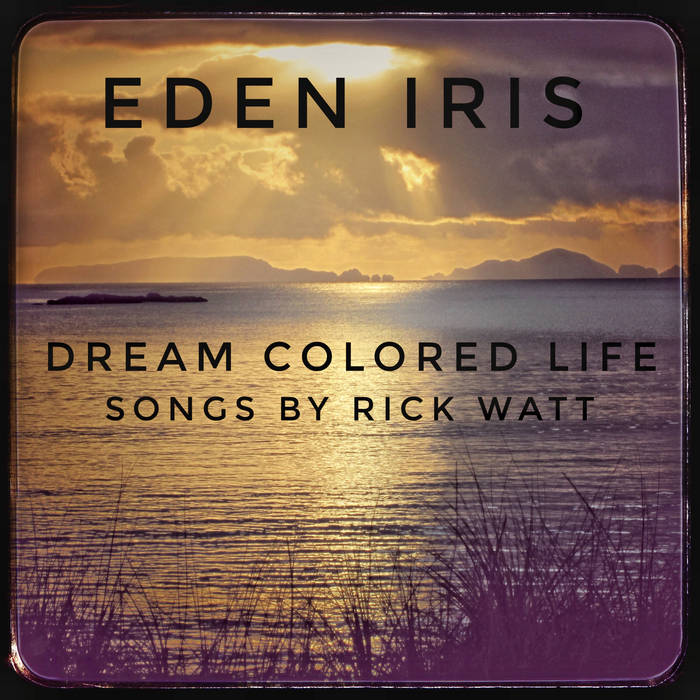 The Dream Colored Life EP is a collaboration project between kiwi singer-songwriters Rick Watt, and Eden Iris. The songs on the EP were originally written by Rick Watt in 1999 and 2000. A few years ago, Rick asked Eden to interpret and produce the songs, doing so in way that she could bring her own influences and style to each record. Being immediately drawn to the unique imagery and nostalgia of Rick's writing, Eden said "yes!" and the project took off.
The collaboration was mostly long distance, with Eden working out of her home studio in Los Angeles, California, and Rick being based in Auckland, New Zealand. The EP is the voice of two generations, telling stories specific to kiwi life and culture. See below for Rick's story behind the original conception of each song.

TUATARA TATTOO
The Tuatara is an ancient reptile, neither lizard nor dinosaur, that still lives on the offshore islands of Aotearoa/New Zealand. The most beautiful tattoo I have ever seen was on the back of a young man who worked as a ranger on the islands of the Southern Ocean. The song as it was originally written had more words. Eden has distilled the imagery, added a beautiful melody, and created this song of love for this man and his work, and for our planet.

GETAWAY FLIGHT
This is a song about taking flight. In the middle of my life I became restless and wanted to flee my job and the complicated and comfortable life we had built in the city, and find a simpler life. As it turned out we stayed, but this song to my wife came out of that time of excitement and turmoil.
The imagery is from the days of the old Tiger Moths, when flying was full of thrill and peril.

A HELLUVA NIGHT
On April 9th 1968, the “Wahine” a modern, 500 foot long inter-island ferry, approached the rocky headlands of Wellington harbour in a southerly storm of extraordinary intensity. In the pre-dawn darkness, she broached on a massive roller, was hurled sideways, and foundered on Barrett’s Reef. 53 people lost their lives.

DREAM COLORED LIFE
I wrote this song on a warm sunny spring day after a long winter in which some hard things had happened in my life.
It is a Kiwi song of acceptance and celebration.

Follow Eden Iris on FB for more updates on the record: www.facebook.com/edenirismusic/

Bandcamp Daily  your guide to the world of Bandcamp

Featuring appearances from Kari Faux, Bluestaeb and and interview with NY-bred artist Wiki